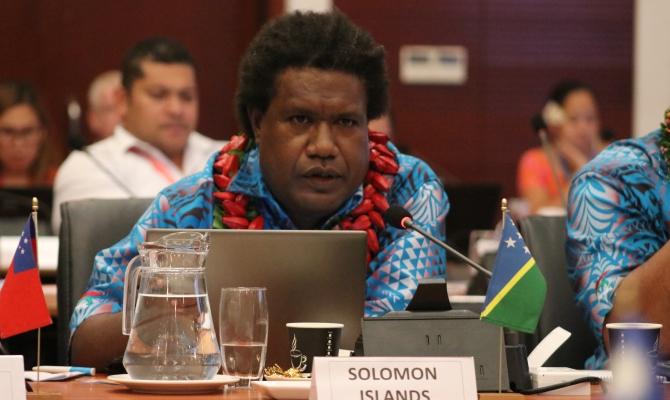 Mr. Hiba said the SIMS had expanded its network of seismographic equipment and tsunami detection in recent years. Further, work on tsunami inundation modelling for populated areas is to be done with Taiwan National University.

“In terms of the tsunamis, we are partnering with our national disaster office,” Mr. Hiba said. “It looks like we have tsunamis every three years.”

Mr. Hiba presented a report on the status of the SIMS to the fifth meeting of the Pacific Metrological Council (PMC-5), on 7 August in Apia Samoa.

According to Mr. Hiba, in the last few years the SIMS has also made significant progress in partnering with other Solomon Islands’ departments, installing seismographic equipment, and connecting with traditional knowledge systems about weather.

Mr. Hiba reported that the SIMS has expanded the capacity of its research stations, its operations and observations capacity, the climate section for collecting and archiving climate data, public forecasts for tropical cyclones, strong winds and wave swell advisories.

As part of its best practices SIMS has, according to Mr. Hiba, boosted its connection with other organisations across Solomon Islands in collecting and use of traditional weather observation data and techniques.

“We are working with partners on incorporating traditional knowledge with modern early warning systems,” Mr. Hiba said. “We (SIMS) are also partners with the local water Resources Division. We are also partnered with the Ministry of Health.”