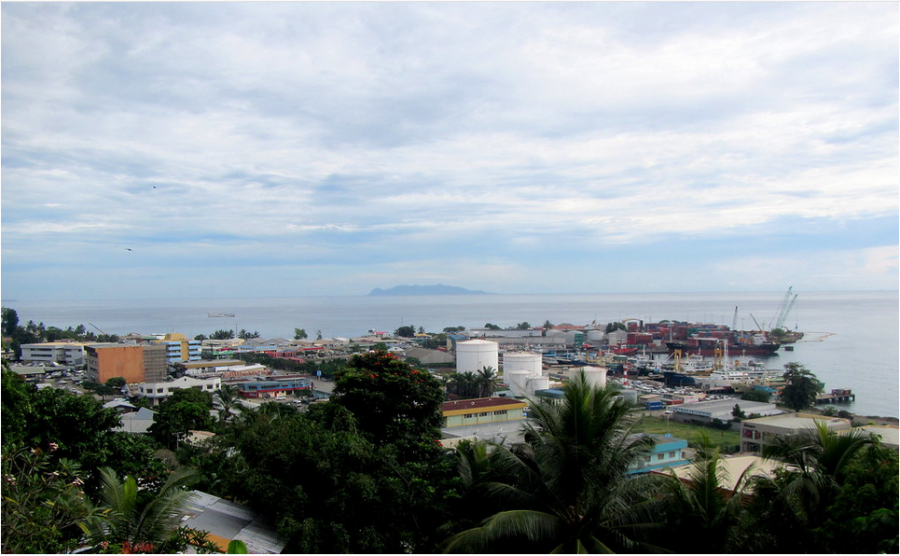 Our oceans produce more than half of the oxygen for the air we breathe, help regulate earth’s temperature, and provide us with food and medicines.

But pollution from plastics and other non-decomposing materials making their way into the waters, rising temperatures damaging coral reefs, and overfishing depleting marine life are threatening these vast resources.

Recognizing the need to preserve our largest and deepest ocean—the Pacific—the Government of the Solomon Islands, through the Office of the Prime Minister and Cabinet, established the *Ocean12*, a national, inter-ministerial committee that oversees and implements initiatives to protect, manage and properly govern the ocean.

Ocean12 came about after the Government hosted the Inaugural National Ocean Summit in 2015, which was attended by 12 ministries that have a vested interest and legislative mandates in the ocean and its resources. In 2016, the Cabinet endorsed the formal establishment of Ocean12, a steering committee consisting of these 12 ministries, to develop a national approach to Integrated Ocean Governance.

“It’s a platform that brings together all sectors for them to start collaboration,” said Rosalie Masu, Deputy Director Inshore Division with the Ministry of Fisheries and Marine Resources. Ms. Masu is a co-chair of the Ocean12 Technical Working Group, along with Agnetha Vave-Karamui from the Ministry of Environment, Climate Change, Disaster Management and Meteorology (MECDM).

Ocean12’s priorities focus on the National Ocean Policy; the use of a participatory Marine Spatial Planning process; and the resulting adaptation of legislation, capacity development and sustainable financing efforts.

Ocean12’s Marine Spatial Planning process is supported by the regional MACBIO (Marine and Coastal Biodiversity Management in Pacific Island Countries) Project, which has helped preserve and manage marine environments and ecosystems in the region from 2013-2018. The project was commissioned by the Deutsche Gesellschaft für internationale Zusammenarbeit (GIZ, German Agency for International Cooperation) and the German Federal Ministry for the Environment, Nature Conservation and Nuclear Safety (BMU), as part of the International Climate Initiative (IKI). The project is also coordinated and jointly implemented by GIZ, the International Union for Conservation of Nature (IUCN) and the Secretariat of the Pacific Regional Environment Programme (SPREP). In addition to working in Solomon Islands, the MACBIO Project has helped Fiji, Kiribati, Tonga and Vanuatu sustain their marine ecosystems.

Trevor Maeda is a Principal Conservation Officer with the Environment and Conservation Division at MECDM, and worked with Ms. Vave-Karamui on establishing and supporting protected areas.

“What the MACBIO Project has done so far in terms of the products produced is establish a platform for the division to carry on, especially under a work plan, to derive activities to be done to ensure special and unique marine areas,” said Mr. Maeda.

“Marine-protected areas and other management measures have also been identified, established, and even formalised and managed under relevant national laws, including provincial ordinances.”

Reports, briefs and other resources from the MACBIO Project are available on this data portal, and can be found by entering “MACBIO” in the search bar.

Why should we care about the ocean?, National Ocean Service